Mo'Horizons And The Banana Soundsystem 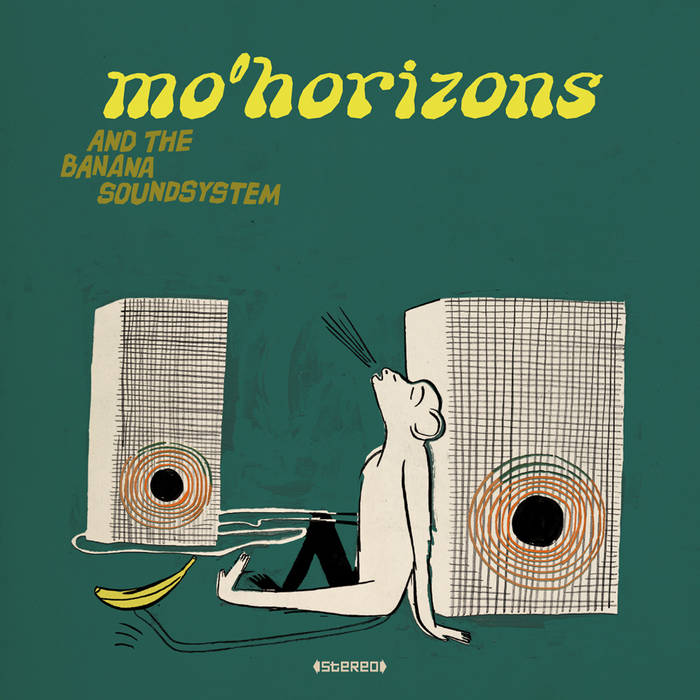 “If you want to throw a successful block party, you need to get the sound, the system and the beats just right!” Mo’ Horizons have done exactly that with their new album. “Mo’ Horizons and the Banana Soundsystem” is about putting the groove in place, as entertaining and profound as possible: “We were touring to such an extent that we were nearly going bananas,” Mo’ Horizons creative mastermind Ralf Droesemeyer recollects the last few years. “It was as much fun as it was a colourful trip exploring the music of the world.”

Mo’ Horizons, of course, are no newcomers to the soundsystem culture. With four successful albums recorded plus two compilations containing their own as well as their remix work, this band is a firmly established entity. Take “Come Touch The Sun” from 1999 and “Remember Tomorrow” from 2001: Here was a band defining the sound of the Lounge era, focussing on sustainability with an open road ahead of them. Musical paths were explored further on “Mo’ Horizons and the New Bohemian Freedom” in 2003 and “Sunshine Today” in 2007, both distinct voyages into the orbit of organic beats crossing Latin, electro, funk and soul. Playing their music live to the people has always been a key factor in Mo’ Horizons, with the soundsystem idea of the DJ playing with various musicians and vocalists being an integral part of the concept.

Their distinctive brand is now expanded on "Mo Horizons and the Banana Soundsystem". Kicking off the party with “Banana No Mas” introducing their long-term percussionist and Latin Grammy winner Nené Vasquez, Australian funkateer Elvis Aljus aka Gypsy Brown (yes, there is real gypsy blood running through his veins) then takes no prisoners with his tight percussion style. “Back To Melbourne” leads perfectly into “So On” featuring portuguese vocalist Marga Munguambe, Droesemyer’s friend from way back in 1997 when he produced the album "Missao groove" of Lisboas legendary band "Cool Hipnoise". Check out the 7inch version of “So On”, with Rude HiFi giving out a special toast to Mo’ Horizons.

“Around Ya”, recorded with Lanzarote and Cordoba based duo Fuel Fandango, keeps the Banana Soundsystem burning with some irresistable melodic Hispanic power. “Chiquita Bonita” keeps the tropical fruit theme fresh, as does “Banana Boogie” with Coneccion Santiago aka Nelson Arriagada from Chile, former Mo’ Horizons live bass player, giving it that authentic South-American feel. Nicely squeezed in-between these sureshot party tunes is “Jungle Affair”, a delicate instrumental piece which sounds like being taken directly out of an imaginary Latino spy movie. Marga Munguambe returns for “Kiss” and you are guessing quite correctly. This is a Wurlitzer heavy cover version of the mighty Prince tune. It works wonders in Mo Horizons’ acoustic Baile Funk arrangement. So does “Koito Pie Bira”, a blistering Balkan monster if there ever was one, in coop with Borin Beltchev, club-owner and mastermind of the Varna Boogaloo Crew from the North of Bulgaria. Back to serious business with “Make It Real” and Lea on vocal duties, already featured on the “Brandnew EP” from 2010 - this is classic Mo’ Horizons trademark style, driven by funk and fuelled by Latin.

Yanez from Bologna/Italy knows that Brazilian music is universal. His “Cowboy Bossa” arrives like the soundtrack to a Sergio Leone meeting with Antonio Carlos Jobim on the Mexican border and features Yanez’ amazing recording technique of adding a high and low voice together to create his unique vocal sound. Denise M’Baye, who has equal roots in Senegal, the Netherlands and Indonesia, takes the idea even a step further with “In Love With An Old Man”. She crosses the Rio Grande and dives deeply into Mariachi culture with a big smile on her face. The track came into life during a jam in an Andalusian beach bar: “Denise was inspired by a man with a brown hat,” Droesemeyer remembers. If you were still wondering how globality could be translated into music, here you have the answer.

“Free And Easy”, a rolling drum’n’bass burner, spiced up with a Copacabana twist and some East European flavour, could work well as the theme tune for the very own Mo’ Horizons trail. Look out for the 3-7 piece live (banana)soundsystem travelling the world in 2011, probably not from only Istanbul to India like it used to be more than thirty years ago, but also en route from Hannover via Lisboa over to Rio.

Mo'Horizons consists of producers and dj`s Ralf Droesemeyer and Mark Foh Wetzler. Both hailing from downtown Hannover. Ralf is well renowned for his past work, which amongst others include Cunnie Williams and Randy Crawford. The other half of this dynamic duo is the ultra-active record collector & PC-musician Foh. ... more

Bandcamp Daily  your guide to the world of Bandcamp